Sorry – I know it’s been a while since I’ve written, but I needed to take time off. From writing, that is, not from everything else, which I’ve spent the past year doing too much of. Mind you, I don’t seem to be in danger of dialing back everything else in my life, but I do want to start putting figurative pen to paper to keep folks updated on farm stuff.

Y’all may remember Mark and Nancy Bowman, our first full-time partners at Natembea. After a career as a banker helping farms, Mark wanted to get his hands dirty with some actual farming. Nancy said, “Bring it on,” and so was born Bowman Farms, purveyors of local, happy and humanely-raised goats. They moved on out to Natembea from Port Angeles and opened shop with several dozen bottle-fed baby goats careening around the barn and climbing on/eating everything within reach. I’ve often remarked that baby goats are equal parts kitten, puppy and pure mayhem, but they grew to think of Mark and Nancy as mom and dad, and would follow them everywhere on just a whistle. By this time last year, I think they were up to 187 goats and had expanded to leasing out teams of them to clear invasive plants from Land Trust properties. In January, they were even enlisted as Christmas tree “processors” by  the Chimacum Corner Store.

In his spare (hah!) time, Mark also served as our de facto farm manager, fixing what needed fixed, flagging what couldn’t be fixed, driving what needed to be driven and keeping an eye on the general state of the property. We would not have survived without him.

But Mark and Nancy’s families were both back in Port Angeles, along with most of their friends. And middle of last summer, an opportunity came along that they couldn’t pass up: 20 acres of pasture, with a house, barn and workshop almost in their old backyard. And an even better view of the mountains than they got at Natembea.

The plan was to continue grazing some of the goats at Natembea, but to move the intensive stuff – breeding, birthing, bottle-feeding – closer to home. So Nancy spent most of autumn making the house habitable, and together they hammered together the infrastructure they would need to get up and running. 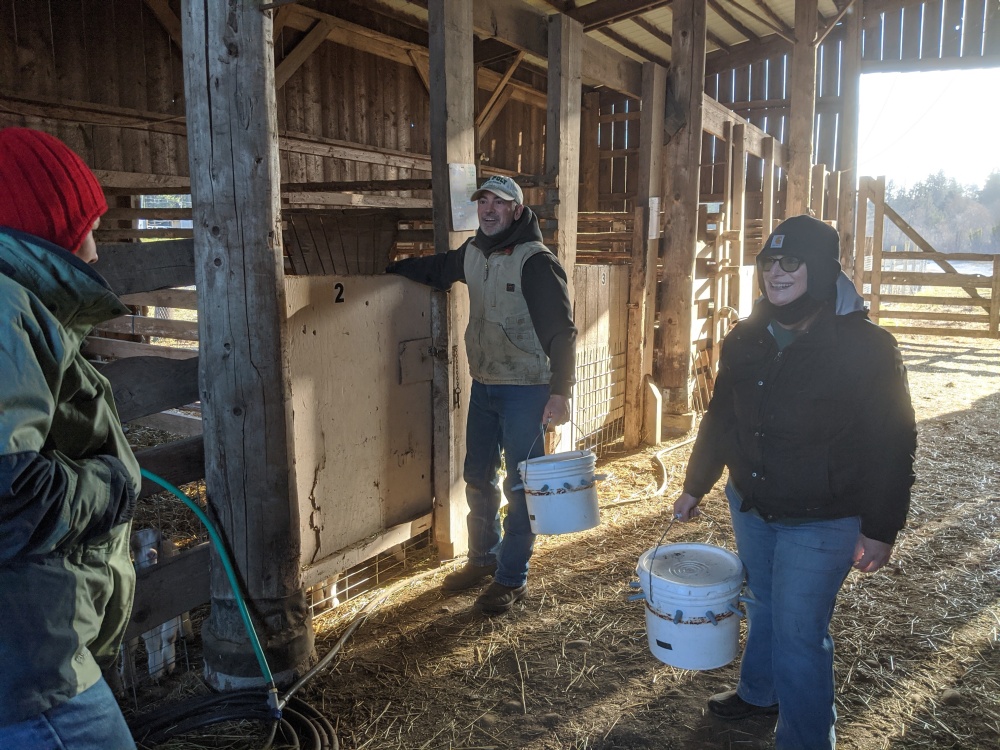 Devon and I finally got to visit the new site of Bowman Farms this morning, kitty-corner with the Port Angeles airport. It’s inspiring what those two have accomplished (along with the help of Lydia, about whom you’ll hear more on these pages later). Our goal when founding Natembea was to create a space where new farmers could get started on their dreams. We wanted to make it a place where they could continue to thrive and grow as long as they wanted, but also a place that they could “graduate” from if and when they felt the time was right. We’re very proud to have Mark and Nancy as our first graduates.