The sun is nowhere near up when I’m woken by the sound of plummeting ducks. This morning, for some reason, the mallards and bufflehead that normally feed and fight over and poke around what we’ve come to call “the duck pond” have decided to relocate a little ways up the hill to “the house pond.”

They come in pair by pair, doing an orbit or two silhouetted against the predawn sky, then seem to reach consensus and flip on the brakes. From that point on, their arrival is not so much a descent as it is a plummet, and they hit the water with the angle, velocity and grace of someone falling down the stairs.

But they seem unfazed by their landing and quickly join the quacking chorus of complaints – or maybe it’s gossip – the moment the water has rolled off their backs. Maybe they’re complaining about the other ducks (“This place was great before it got so crowded”); maybe just admonishing the others to leave them some frogs.

The frogs – oh, the frogs are deafening at night. What with incessant rain overflowing the pond by the Danger House (“Oh look – more danger!”), the tiny, omnipresent, green and yellow croakers are everywhere, and as the evening falls, the chorus swells to an unvarying wall of sound.  It’s Noah-meets-the-Ten-Commandments, and there is water everywhere, everywhere, and more from the sky every day. But it comes in spates, and we’ve had plenty of blue sky, with sunrise-glinted mountains and duck-plummet-interspersed pre-dawn morning stars.

The beauty and intense, pent-up, irrepressible forces of life and nature here feel ready to explode. Orchard grass and alfalfa are stretching their legs in the pastures, and the willows are already green. It’s the sort of thing that makes you go back to Annie Dillard, just to find words that capture the messy but jubilant we’ve-done-this-before utter exuberance of life reawakening in the spring. 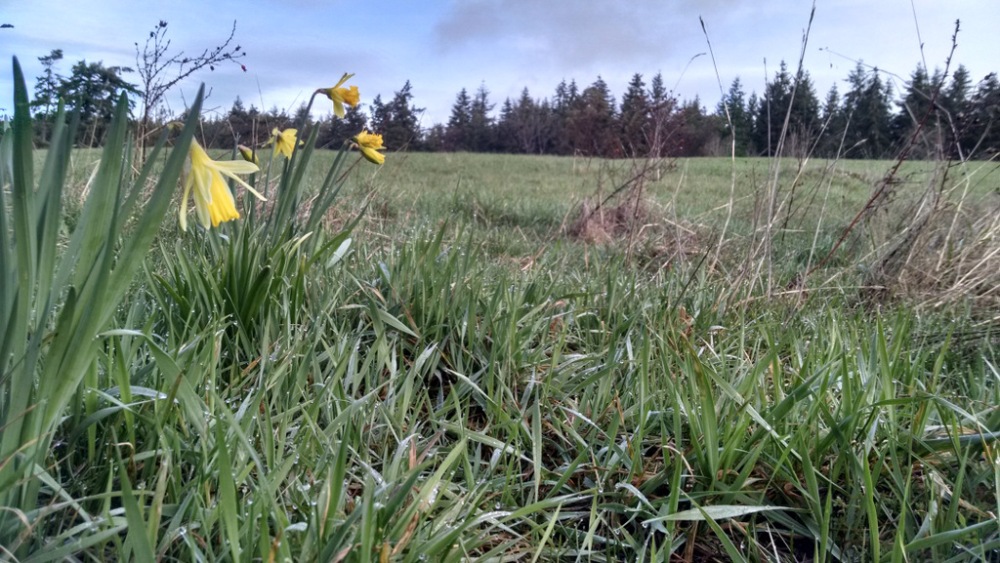 Not everything’s hopping yet – last month’s chestnuts are still sleeping, dreaming of summer, I suppose, but the apricot, peach and plums we put in by the lane are starting to push buds and have a look around at their new digs. My one must-do during this trip was to put up fencing to protect them before the deer got wind of those buds and nibbled them back to the roots. The deer have been around less this winter and spring – Mark tells me that the coyote family up in the woods north of here has made our lane and east pastures a part of their nightly circuit – but, well, we don’t want to count too much on the charity of carnivorous neighbors. Besides, I think the coyotes are just checking out the barn, lured by the “Eat me! Eat me!” little bleatings of Mark’s baby goats, and trying to figure out how the heck to get past all that fencing he’s put up to discourage them. 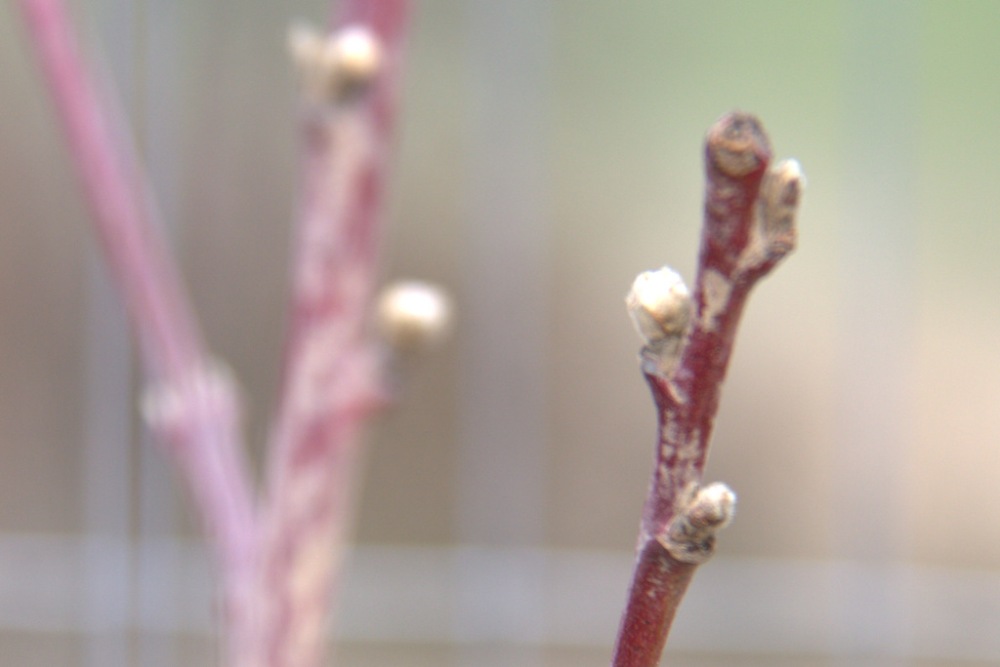 But the fruit trees: they’re all fenced now, thanks to the skill and grace of the Houston family. That’s a story though: I met Adam Houston on a flight down to Punta Arenas last year – he’s an east-coast undergrad and was taking a winter-break jaunt to visit his sister working in Tierra del Fuego. We got to talking and found some surprising common ground: his family was in Seattle, and he knew a lot more about permaculture and sustainable farming than I did. He’d even spent a summer as an intern on a farm not far from here. So we exchanged email and promised to try and cross paths some time when we were both back out this way. 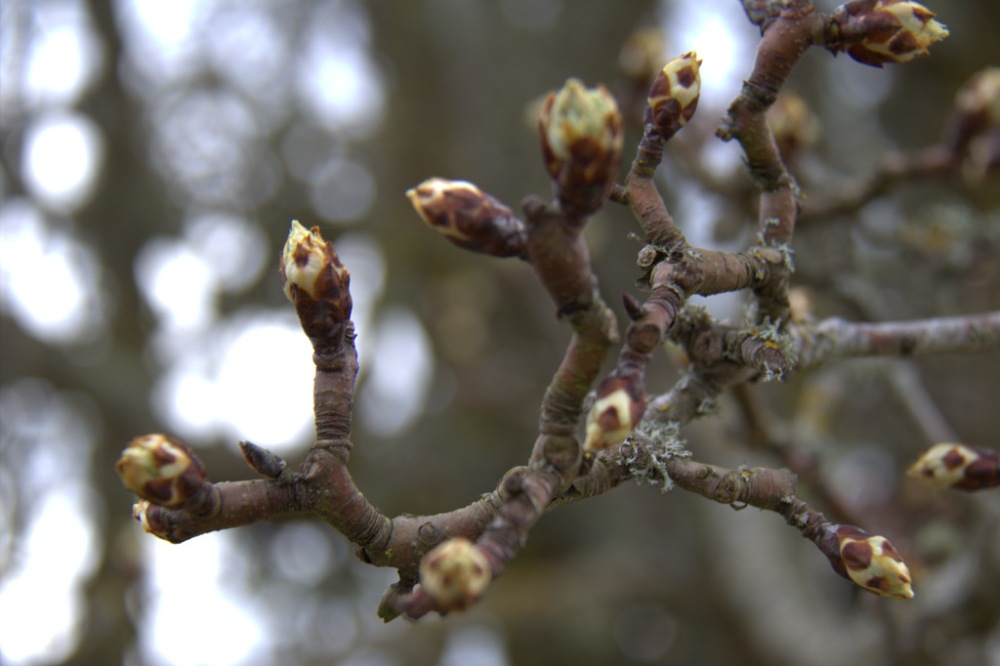 It just so happened that this past week was spring break, so Adam and his parents Jennifer and Andy made the drive out from Seattle for a tour of the farm. But they’d also brought work gloves and insisted that they couldn’t leave without helping at least a little. And they meant it. As I said, fencing the fruit trees was my one real “to do” for this trip, and I’d already damaged myself just a little bit that morning trying to do it on my own (6×100-foot roll of welded wire fence: 1, Pablo: 0). So who was I to turn away an earnest offer from such kind, charming and skilled company?

This has been a pattern around the farm: everywhere we turn, we are embraced by the kindness, skill and wisdom of total strangers who help us get through whatever task we’ve inadvisedly launched into on our own. Maybe they’re just taking pity on us, but I like to think that when they come out and walk the farm, when they hear me rattling on like a little kid about our hopes and dreams for the place, that maybe they get it, that they see it too, and want to help shepherd us on our way. Or maybe they just want to see if I’m really serious about calling this place “Duck Plummet Farm.”